Who's Who and What do They Do
​in The Beyond Boyndie Collective? 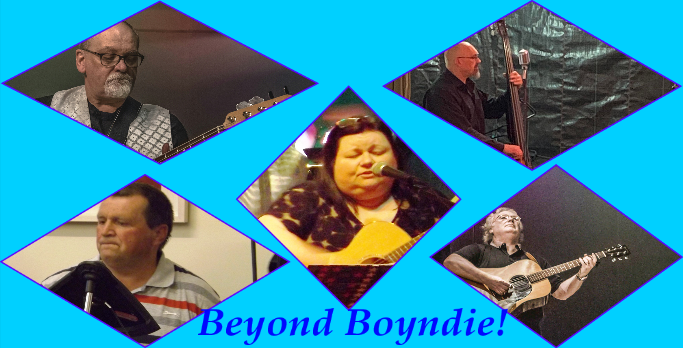 Beyond Boyndie
The 'regular' band 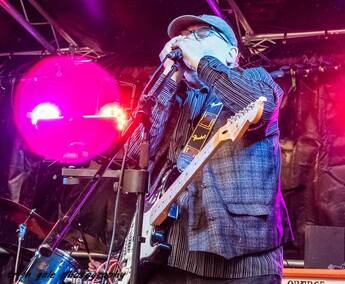 Jim grew up in Fraserburgh, amidst a wide range of musical styles.  His father was a music teacher, church organist and musical director, so there was always music in the house.  Jim started out with violin lessons, but also branched out, playing side drum in the Fraserburgh & District Boys Brigade Pipe Band, and achieved the giddy heights of Principal Viola in the Fraserburgh Academy Orchestra (actually, he was the only viola!).

In between times, Jim taught himself to play the guitar, but, enthralled by the unique bass guitar style of Ladi Geisler featured in the Bert Kaempfert Orchestra, he settled on the bass guitar as his instrument of choice.  He has, over the years, become a respected bassist in an extensive variety of musical genres, plays a mean blues harp, and  more than dabbles with accoustic and electric guitars. In his spare time, Jim listens to Bert Kaempfert records.... 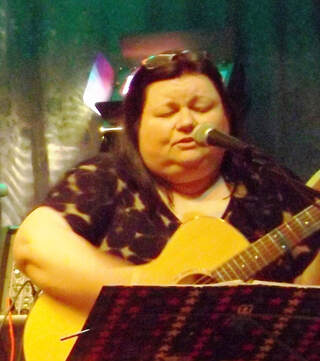 Fiona grew up in Tranent, East Lothian, a cultural oasis not far from the city of Edinburgh.  From the age of 8 she started singing as a Cantor at church, and has since sung in numerous choirs, and continues a church musical ministry at Banff.  She has also sung in a praise band for several years, toured with the choir Rhapsody, and is in demand as a solo wedding singer and performer at local church guilds.  At High School, in addition to taking up the flute and reaching Grade 6 and ‘Higher’ music level, she learned to play a range of recorders and has passed on her skills to others.  High School  also provided opportunities for Fiona to expand her singing experience in many musicals.  She is a self-taught guitarist and accompanies herself and others in both secular and religious settings.

Performing in ‘Beyond Boyndie’ allows Fiona to combine her love of singing, playing flute and guitar, adding a different musical dimension to the band’s repertoire and performances. In her spare time, Fiona enjoys looking after a dog and cat, is an avid reader and loves all things crafty.  She will tolerate Bert Kaempfert, but only in small doses. 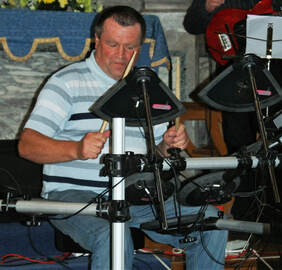 Alex, born and bred in Banff, has the reputation for being a hard-hitter ... with soft touches on the drums!  Alex recently returned to playing with the band after illness - it's great to see him back in line. A most versatile drummer, who has played in several local bands over the years (including Whigmaleerie). He is generally the band's quiet man, but has been known to perform the occasional drum solo when the band disappear off-stage to escape a battering! 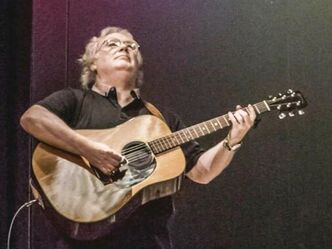 John is an award-winning multi-instrumentalist and vocalist who has played a variety of musical genres in both the UK and Europe.  In his younger years, he often met with Bob   Sharpat folk clubs and festivals, but they never played in the same band ... until now.

Having retired from performing with Whigmaleerie, John continues with Beyond Boyndie playing guitars, keyboards, and vocalist, but not at the same time!  He is reputed to have a different guitar for each music genre – this is not true.  He looks forward to the day when he can play all instruments simultaneously - something that Bert Kaempfert never mastered! 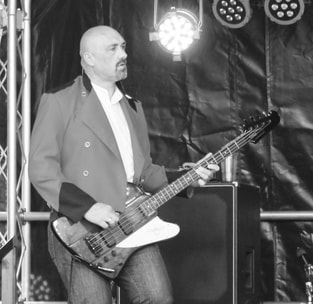 Stewart is a well established bass player encompassing different genres of music; and is currently the bassist with the Casino Chips Blues Band (with Jim Buchan).

He is also a very talented sound engineer who has recently helped craft Beyond Boyndie's live sound.

Like all the band 'ad hoc' members, he lives in Moray. Stewart, apparently, is a big fan of Bert Kaempfert's fashion jackets.
News Update
The Beyond Boyndie Collective


Beyond Boyndie are very pleased to announce
a collaboration between playwrite Jimmy Cameron, actors from Elgin, and Beyond Boyndie
to present a new drama with music, with a working title of 'Father and Son'.
Beyond Boyndie will be augmented for the Project by experienced and talented musicians,
Stuart Fowler and Bob Sharp.
In 2022, the augmented line up will be rehearsing the repertoire for the play.

The Beyond Boyndie Collective are most grateful for your continued support and prayers,
and look forward to encountering you somewhere along the road.
God bless you! 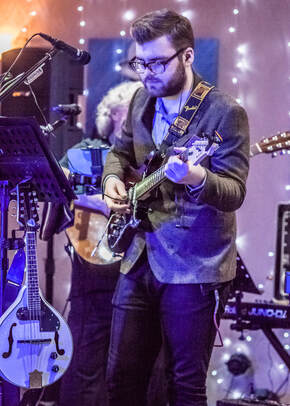 Stuart, a most welcome addition to the band for the 'Father & Son Project',  is a very talented lead vocalist and multi-instrumentalist (guitars, violin, mandolin), who plays with Aberdeenshire ceilidh and covers band Whigmaleerie (with Jim Buchan).

He was raised in Buckie, studied at Glasgow University, returned back ‘home’, and moved to Portknockie after his marriage last year. He studied both classical violin and traditional fiddle, and became an accomplished guitarist in his teens.

He enjoys most musical genres but is too young to have ever heard Bert Kaempfert! 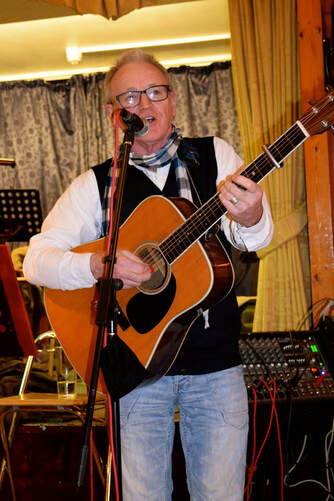 Bob,  will also assist the band for 'The Father & Son Project'.  He is a well-respected and popular folk singer/guitarist and entertainer with fifty years experience of performance in the folk music industry and has several band and solo recordings to his credit.  He has been a member of two well-known Moray bands, Steamfolk and Makarakit.  He is much in demand by folk clubs and festivals as a compere and performer.

In addition to augmenting Beyond Boyndie, Bob (with his wife Lizzie) are proprietors of http://www.sharpmusicservices.co.uk/  based in Fochabers where they offer a variety of music related services which including - The Rockset Community Choir; Speyside Traditional Orchestra; Fochabers Community Sing; McGinn of the Calton; The Song Club; Compere; Performance; Film and Sound Recording, and Editing! 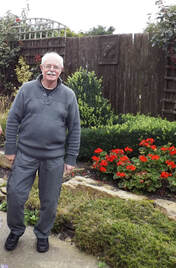 Jimmy hails originally from Glasgow but now lives in Elgin where he has been much inlvolved with the local drama scene for many years. During the Covid epedemic lockdown, he was specially commissioned by Beyond Boyndie to write the play 'Father and Son'. which is now completed and ready to perform

The actors are currently learning their lines and will start rehearsals under the direction of Jimmy when it is safe and permitted to do so.  Beyond Boyndie are learning the associated repertoire of songs and also look forward to reharsals in the near future.

Everyone is looking forward to the world premiere of the play, including Bert Kaempfert, apparently!